Holiday Traditions From Around The World 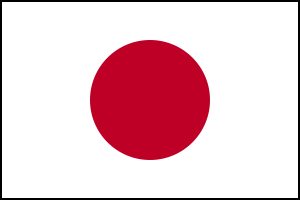 Christmas wasn’t always celebrated in Japan and it still isn’t the religious holiday it is here in the United States. Christmas in Japan is more closely related to Valentines Day as its considered more of a romantic day for young couples. It’s still a day to spread happiness and joy but it is more geared towards exchanging presents and Christmas cards. Young couples spend Christmas eve  at romantic restaurants and going on walks to see the Christmas lights. Fried chicken is a popular meal on Christmas Eve and can be the busiest time of year for restaurants like KFC. Christmas is not recognized as a national holiday and therefore school is still in session. 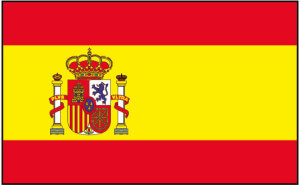 Christmas is a religious holiday in Spain and therefore celebrated very similarly to here in the United States. Many people in Spain go to a Midnight Mass (Mass of the Rooster) after a family meal on Christmas Eve made up of turkey or seafood. After the midnight service, people will walk through the streets carrying torches and making loud music while shouting, “Tonight is the good night and it is not meant for sleeping!” But it’s not till the New Year that you’ll see the exchange of presents. On January 6th Epiphany is celebrated which honors the Kings or Wise Men that brought gifts to baby Jesus. Some gifts are opened on Christmas Day but most are open on Epiphany. Children will write letters to the Kings on Boxing Day (December 26th) asking for toys and other presents and rather than hanging stockings, they leave their shoes on windowsills, balconies or under Christmas trees to be filled. Much like leaving cookies and milk for Santa, children in Spain leave satsumas, walnuts and a glass of Cognac for the Kings. And similar to kids leaving carrots for Santa’s reindeer, buckets of water are left for the Kings’ camels. But some things are the same – misbehaved children will receive coal. 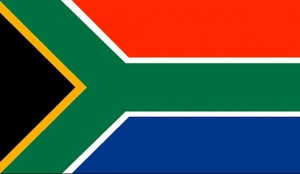 Christmas in South Africa is very similar to Christmas in the United States but because South Africa is in the Southern Hemisphere, Christmas is during the summer. Because the sun is shining, it’s warm outside and flowers are in full bloom, many people head out on camping trips for the Holiday. Christmas caroling is also popular in South Africa during the Holiday season but carolers can leave their hats and mittens at home. Christmas meals consist of turkey, duck or suckling pig served with yellow rice and raisins. The meals are often eaten outside and some families even have barbecues. You may hear South Africans refer to the gift-bringer as Santa Clause but more commonly he’s referred to as Sinterklaas.

Christmas in Costa Rica comes at the end of the school year so you can only imagine the excitement it brings to children. The decoration of homes in Costa Rica is very popular and you’ll find many of them covered with beautiful tropical flowers. A nativity scene is always the center of the decorations and is also covered in flowers and sometimes fruit. The nativity scenes can be very elaborate and the entire family is involved in creating them. In Costa Rica, children look forward to Nino Dias (Child God, meaning Jesus) bringing them gifts and most likely an apple. Apples are very popular during the Holiday season with apple stands popping up everywhere. A Midnight Mass (similar to Spain) is also a tradition for the people of Costa Rica. However, they have their Christmas meal afterwards and it consists of chicken and pork tamales served with egg nog and rum punch. There are many parades, fiestas and street parties during the Holiday season. Most popular is the horseback parade on Boxing Day and a Carnaval on December 27th consisting of a huge parade of dancing and big floats.

There are many more Holiday traditions from around the world. What traditions do you and your family look forward to?

Posted In: Informative
Tags: 2015, Christmas Around The World, Holiday traditions